Is it worth investing in the hotel markets post-COVID-19? 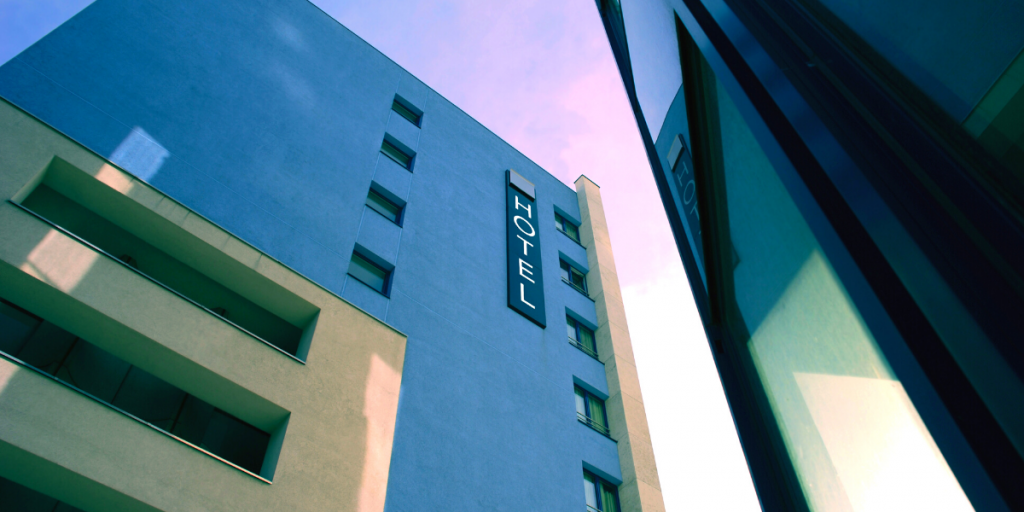 Despite the impacts of the COVID-19 pandemic on the hotel markets, signs are pointing to an impending resurgence in demand as borders reopen and travel restrictions ease.

The U.S. hotel industry is one, if not the most affected investment space amid the outbreak — border closures and travel restrictions have put the demand for hotel investment on a lull. However, while the past year has been the worst year on record for U.S. hotels, recent months have started to show green shoots.

Recent figures from the Transportation Security Administration have shown that travel has started to recover, with over one million airport screenings daily. While these numbers are still below the levels seen pre-COVID-19, they indicate the looming resurgence of travel, especially as the development and the rollout of the vaccine continue across the country.

With the expected recovery in travel demand, the next few months will certainly be a challenging period for hotel lenders and servicers, especially with the predicted uptick from hotel owners and investors. The artificial intelligence will be a huge driver that would help the hotel investment space thrive in the post-pandemic world. Should this be a sign for existing investors to step on the gas and for potential ones to take the plunge?

How did the COVID-19 affect the hotel markets?

A recent report from STR showed that over the year, the hotel industry has registered record-high declines in three key metrics. Occupancy went down to 44%; the average daily rate (ADR) dropped by 21.3% to US$103.25; and the revenue per available room (RevPAR) slumped by 47.5% to US$45.48.

Furthermore, the industry has registered a new record of unsold room nights at 1 billion, surpassing the previous peak of 786 million during the recession in 2009. Of the major markets in the U.S., only the Oahu Island in Hawaii posted an ADR above US$200 even after posting the steepest decline in occupancy from 53.7% to 39%.

The pandemic also had a substantial impact in the industry workforce. A separate study by the American Hotel & Lodging Association (AHLA) revealed that the industry workforce has lost 4 million jobs. Citing figures from the Bureau of Labor Statistics, the AHLA study said the accommodations sector faced an 18.9% unemployment rate.

Where are the bright spots for the hotel markets?

Despite the doomsday conditions of the hotel industry, some areas remained stable and steady. In fact, almost half of interstate and small metro locations posted up to 70% of their RevPARs compared to their performance in 2019, according to STR. Furthermore, close to 20% of properties increased their ADRs and occupancy last year.

The study also pointed to the stellar performance of top-performing submarkets. For instance, the Upper Peninsula submarket in Michigan was able to hit 90% of its 2019 RevPAR performance last year. This could be due to the new record for visitation at Pictured Rocks National Lakeshore, which welcomed around 1.2m people last year.

Some luxury hotels were also able to weather the impacts of the pandemic and retain their rates as demand from transient travelers remained. Luxury accommodations in Scottsdale Arizona, for example, managed to report an 11.4% increase in rates over the past year. This feat was possible as they were able to remain open amid the pandemic. The luxury segment increased their rates by roughly 20% during over the summer of last year, a time when 70% of all demand came from transient travelers.

Another factor that contributes to a positive outlook for the hospitality sector is the limited supply of rooms. It is typical for the sector to report declines in room construction during economic downturns, resulting in an increase in abandoned projects. This could potentially help hotels as markets with less supply can typically recover in less than two years.

Where is the hotel market currently going?

The U.S. Construction Pipeline Trend Report by Lodging Econometrics (LE) showed that during the fourth quarter of 2020, there were 5,216 projects hotel projects with 650,222 rooms. This included ongoing constructions and those that are expected to commence in the next 12 months. While these numbers are down on a yearly basis, they remain stable considering the impacts of the COVID-19.

New York City was able to regain its position as the busiest market for hotel construction. During the last quarter of 2020, the city had 150 projects/25,640 rooms under construction.

During the quarter, some markets announced more than 10 new construction projects, with Orlando and Miami each unveiling 18 projects with respective rooms of 4,806 and 2,756. New York also announced 17 projects with 2,700 rooms.

The investment landscape of the global hotel industry over the past year was quite muted. Deals that were able to push through were all already underway prior to the shutdowns due to the pandemic.

Lenders were able to extend a helping hand to hotel owners by granting forbearance agreements. This flexibility has prevented many hotel owners from putting their properties up for sale.

What drove transactions over the past year were private equity groups and institutional investors. They accounted for 54% of the total transactions globally. During the year, the strategies of these investors shifted to acquiring assets in less dense markets and resorts. In fact, 21% of investment activity was located in resort markets. This was twice the share recorded in 2018.

Still, there are signs pointing to the gradual recovery of hotel investment given the improving prospects for travel and border reopening.

Recent projections from JLL point to a 35% increase in global hotel investment this year, underpinned by the robust economic outlook, ongoing vaccine rollout, and improving consumer intentions for travelling. However, the hotel investment space is only expected to realize a full recovery by 2024.

Where should would-be hotel investors start?

It pays for potential investors to equip themselves with the right knowledge about the market that they would want to invest to. Hotel investing might be risky for some as the segment is more volatile than the traditional residential property. However, risks can be alleviated as long as investors put in effort to understand the factors involved in hotel investing.

Would-be hotel investors should start with exploring the opportunities in the commercial investment space. Online tools like Smart Capital Center will be able to help them gain a deeper understanding of commercial property markets and how certain factors — including location, business activity, infrastructure, retail landscape — can affect their viability.

For example, an investor can get data regarding business activity in the area, foot traffic, transportation, and highways, which could significantly impact the operations of hotels in the area. With the data produced by the AI platform, investors will be able to ascertain whether the hotel is likely to go under stress or pressure.

Modern technology and innovation have made it convenient for potential investors to access market information. With just a few keyboard taps and mouse clicks, they can already get their hands on comprehensive data sets and market information. At Smart Capital Center, users can simply input the address of the property they are interested in and the platform will be able to give them a quick snapshot of the market. Savvy Investors can dig deeper and acquire specific market information such as foot traffic, demographics, and business data. They can also request for a more detailed financial and operating analysis of the property and the market. Smart Capital Center can even provide same-day bank-quality property valuation, which is crucial in the early stages of the investment process.

In this day and age, property investors should have the ability to quickly adapt to the rapidly changing technological landscape. As data, analytics, and technology become increasingly integrated in the property market and investment landscape, investors should ensure that they use the most reliable and trusted tools available.